Chennai Super Kings were dealt with a huge blow when their ace pacer Josh Hazlewood pulled out of the Indian Premier League citing the bio bubble fatigue, adding that he needs rest before the World T20 and the Ashes. However, the ‘yellow army’ has signed another Australian, Jason Behrendorff as his replacement.

Behrendorff represented Mumbai Indians in the 2019 edition of the Indian Premier League and picked up five wickets in as many matches at an average of 33. He’s also played eleven ODIs and seven T20Is for Australia, accounting for seven and five wickets respectively. The development about Behrendorff joining CSK was confirmed in a press release.

” Australian fast bowler Jason Behrendorff has signed up with the Chennai Super Kings as a replacement for compatriot Josh Hazlewood for the VIVO Indian Premier League (IPL) 2021. The left-arm quick has featured in 11 ODIs and seven T20Is so far. This is Behrendorff’s second IPL team, having represented Mumbai Indians in 2019 where he played five matches and picked as many wickets.”

Despite being fairly inexperienced at the international level, Behrendorff is a prominent name in the Big Bash League. The left-arm pacer has picked up 70 wickets at an average of 18.54 in 59 BBL matches.

In addition to Behrendorff, CSK have the likes of Lungi Ngidi, England all-rounder Sam Curran and Dwayne Bravo at their disposal. The MS Dhoni led side will be playing their first four matches in Mumbai where the surfaces are somewhat favourable to fast bowling. With Ngidi, Behrendorff, Curran and Bravo, CSK certainly have the resources to exploit the conditions. They’ll kick off their campaign against Delhi Capitals on April 10th. 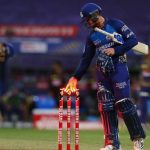 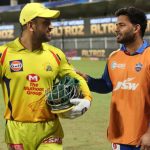