Kolkata Knight Riders (KKR) chief mentor David Hussey has revealed that star all-rounder Andre Russell is likely to be available for the Indian Premier League (IPL) playoffs. Russell picked up a hamstring injury in the game against Chennai Super Kings (CSK) and has been out of action since then.

KKR picked up an emphatic 86 run win over Rajasthan Royals (RR) to assure themselves a place in the playoffs. KKR have not officially qualified but given the fact that Mumbai Indians (MI ) need to beat SRH by 170 odd runs to qualify, KKR is in a very safe positive to grab the fourth spot. They will take on the third-place team, most probably Royal Challengers Bangalore, in the eliminator on 11th October, Monday.

“He (Russell) had a fitness test on Wednesday, and I think he’s just maybe a game away. So, I think he’d be pushing hard over the next few days to get back in for the final (play-offs). (His availability) will be a huge boost not only for us but the competition. He’s world-class and he provides lots of entertainment,” Hussey said at the post-match press conference on Thursday.

It was a race of cat and mouse for the fourth spot, with RR, KKR, PBKS and MI in contention. However, a win of such magnitude boosted KKR’s net run-rate. The Eoin Morgan-led side have shown great intent in the second leg of IPL, winning five of their seven games post resumption. Hussey said the break due to COVID-19 helped the team re-group.

“At the halfway mark, we weren’t playing the type of cricket that we wanted to play. We are all about playing entertaining cricket — hitting fours, sixes — and with the ball, hitting the stumps, taking wickets, and fielding exceptionally well,” he said.

“So, the break probably did us a world of good — we got to refresh, recharge our batteries and re-plan — and come to Abu Dhabi. Abhishek Nayar did a great training session, all the boys got a lot of volume and (were) ready to go,” explained Hussey on how the change occurred in the group.

KKR has been very aggressive with players like Venkatesh Iyer, Rahul Tripathi showing positive intent from ball one. Hussey credited Brendon McCullum for the change in mindset of the team. “He (Brendon) is so cool and calm that he’s got this plan and vision for the team to go forward. He believes in every player to play their best. He makes everybody feel that they are the most important person in the team. Brendon should take a lot of credit for the way everybody’s playing here tonight. Great for him, because he’s been through a lot,” Hussey said. 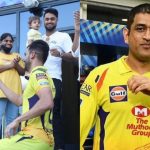