Kolkata Knight Riders (KKR) skipper Eoin Morgan has revealed that star all-rounder Andre Russell is struggling with a Grade 2 hamstring injury and is doubtful for the Qualifier 2 against Delhi Capitals (DC). Russell had a quiet tournament before being sidelined due to injury. However, given the impact he can have on a match, KKR is keen to include him in the XI. Morgan said Russell is being monitored by the KKR medical team and a decision on including him in the XI will be taken on Tuesday, October 12.

“Andre has a Grade 2 hamstring tear, and it’s only been a couple of weeks since that injury. He has worked incredibly hard along with our medical team with intensive rehabilitation to try and get himself back on the park,” Morgan said in the post-match press conference.

“We only have 48 hours before the next game. So we’ll have to take that decision (on whether he is fit to play) based on how he presents himself tomorrow (Tuesday) and the next day,” he added.

KKR has been on a roll in the second leg of IPL. They had little chance to qualify after a rather miserable first half of the tournament where they won just two games. However, they turned things around in a dramatic way and won five of their seven last games to qualify for the playoffs. They defeated Royal Challengers Bangalore in the Eliminator to book their berth in Qualifier 2.

More than anything, it is the change in intent that has worked wonders for KKR. The team has played aggressive cricket with the likes of Shubman Gill, Venkatesh Iyer and Rahul Tripathi taking the attack to the opposition. Morgan credited coach Brendon McCullum for the team’s change in mindset.

“In the first phase of the tournament, we were still trying to implement Buzz’s (Brendon McCullum) mantra of trying to play positive, aggressive cricket. In the first phase it didn’t quite happen,” said Morgan. “Throughout this second phase, people have turned up with a different motivation and drive to try and play the aggressive brand of cricket.”

“Our bowlers have shown us the way – how to be aggressive with the ball in trying to take wickets and identifying when to hold back and be a little bit more defensive. That’s led the way with our batting as well,” he signed off.

KKR will take on DC in Qualifier 2 on October 13. 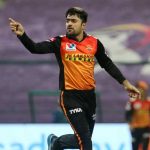 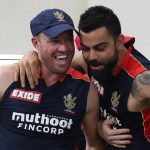