A few days back, Australia’s two cricketers including the likes of Kane Richardson and Adam Zampa pulled out their name from the 14th edition of the Indian Premier League (IPL) and left the Royal Challengers Bangalore (RCB) bio bubble. After his departure, Zampa stirred controversy as he asserted that he found the IPL bio bubble the most vulnerable.

The Australian also believed that it would have been better if the Board of Control for Cricket in India (BCCI) would have hosted the tournament in the United Arab Emirates (UAE) just like the last year. The spinner faced massive backlash for his statement and finally had to issue a clarification to save himself from trolling.

Clarifying his comments on the Indian Premier League, Zampa stated that his decision didn’t have anything to do with his concerns regarding a possible breach in the bio bubble. He believes that BCCI and RCB provided the players a protective environment and the tournament is in safe hands.

“Thanks to everyone for the messages of concern. Kane and I have both reached Melbourne safe and sound. Firstly, thanks to RCB Management for the way they dealt with the situation. As soon as we made the choice that we felt the right thing to do was to come home, they were fully supportive and did everything they could to help. Their understanding of the situation made the process a lot easier,” Zampa said in an official statement released by RCB.

“Secondly, my comments about the vulnerability of the IPL bubble had nothing to do with feeling like the virus would enter the bubble at any stage. The BCCI and RCB had many precautions to make us feel safe. I believe the tournament is in great hands and will definitely see the finish line. I am understanding the velocity of the situation in India and my thoughts go out to the whole country. It was a personal choice to leave for several reasons,” he added. 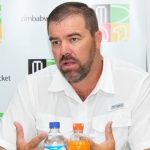 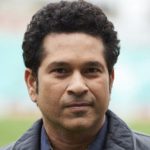