As Rajasthan Royals and Punjab Kings gear up to lock horns against each other in the fourth match of IPL 2021, former India opener Aakash Chopra has picked their probable playing XIs. Both the sides have assembled strong squads once again as they look to hit the ground running this year. RR and PBKS had forgettable outings in the last edition of the tournament.

While PBKS finished at the sixth spot, RR finished at the bottom after both the teams managed to win only 6 of their 14 league games. Coming to their probable playing XIs, Chopra began by saying that PBKS would want to field both Jhye Richardson and Riley Meredith. He further stated that the Punjab-based outfit will have to leave out Moises Henriques in such a scenario.

“So they have KL Rahul, Gayle, Mayank and Pooran as the top four. After that Deepak Hooda, Sarfaraz/Shahrukh or probably Moises Henriques if they are concerned about their batting. Then both the leg-spinners, Murugan Ashwin and Ravi Bishnoi, and two pacers with Shami. Arshdeep can play if they don’t play both the overseas fast bowlers,” Chopra said while speaking in the video posted on his YouTube channel.

Talking about RR, Chopra said that RR will have to choose between a middle-order batsman or a pacer as their fourth overseas player. While he opined that RR should play Andrew Tye or Mustafizur Rahman, Chopra picked Shreyas Gopal, Kartik Tyagi, Chris Morris, and Jaydev Unadkat as their other main bowlers.

“So when I see Rajasthan’s team, Buttler, Stokes and Samson makes it three, after that Riyan Parag, Shivam Dube and Rahul Tewatia, this is the middle order I am looking at unless they put Livingstone or Miller there. Bowling will have Shreyas Gopal, Kartik Tyagi, Chris Morris and Jaydev Unadkat,” concluded Aakash Chopra. 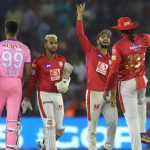 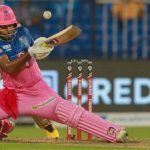