The Board of Control for Cricket in India have announced the Indian squad for the upcoming 3 match ODI series against England. The series will get underway on March 23 with all three matches being played at the Maharashtra Cricket Association in Pune. India will go into this series after two consecutive series defeats to New Zealand and Australia respectively.

The series will be a great opportunity for the Indian skipper, Virat Kohli, to end his century drought. Kohli has not reached the three figure mark in International cricket since August 2019. He’s looked in top form in the ongoing T20I series and his fans can expect him to score his 44th century in the upcoming series.

Another player who’d want to cement his place in the ODI team will be Rishabh Pant, who hasn’t played ODI cricket for over 14 months. Pant was dropped from the team after a series of poor performances but the southpaw marked his return to form with some blazing performances in recent times.

India will also see this series as an opportunity to solve their opening conundrum. With Rohit Sharma, KL Rahul and Shikhar Dhawan in the squad, it’ll be interesting to see what combination India prefers to go in with. India opted for KL Rahul in the ongoing T20I series but the Karnataka batsman has failed miserably.

Prasidh Krishna, Krunal Pandya, Suryakumar Yadav, Mohammed Siraj and Bhuveneshwar Kumar have also been named in the squad. Manish Pandey, Sanju Samson, Navdeep Saini, who were part of the ODI squad in Australia, have been left out while Ravindra Jadeja hasn’t fully recovered from his thumb injury. Jasprit Bumrah, who recently got married, also misses out. 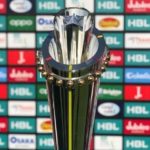