India had a fantastic run in the inaugural edition of the World Test Championship (WTC). However, they couldn’t get their hands on the pinnacle of Test cricket and lost the WTC title to New Zealand. That being said, one can’t take away the domination India showed in the WTC. Apart from a hiccup against New Zealand, India were too hot to handle for any other team. They defeated Australia and West Indies in their home den while crushed England, South Africa and Bangladesh at home.

India face a stern challenge in their first series of the World Test Championship 2. The Virat Kohli led side will be up against England in a five-match Test series. The series is scheduled to begin on August 4 and culminate on September 14. Here’s the schedule.

India have lost their last three Tests against New Zealand. They will seek revenge when New Zealand tour India for a two match Test series in November this year. The schedule of the series is not out yet.

India will then travel to the rainbow nation, South Africa for a three-test series. The series is scheduled to take place between December this year and January 2022.

Sri Lanka will travel to India for a three-match Test series. They will also play as many T20Is on the tour. The series will take place just before the IPL 2022. Given Sri Lanka’s downfall, it will be a massive challenge for them to beat the hosts.

It’s been a while that Australia have won a series against India. They have lost their last two series to India at home. When they come to India for the Border-Gavaskar Trophy in the second half of 2022, they will settle for nothing less than a win. However, it won’t be easy by any means.

India will end their WTC cycle with a two-match Test series against Bangladesh. Bangladesh of late have been very good in their home conditions and would certainly pose a stiff challenge to India. 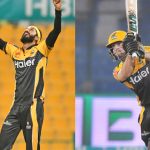 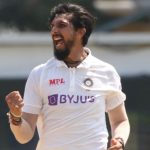