India got off to a horrible start in the 20-20 World Cup and lost to Pakistan and New Zealand in their first two games of the showpiece event. The only way the Virat Kohli-led team had a chance to progress to the semifinals was to win their remaining three games by big margins. India managed to brush off Afghanistan and Scotland by 66 runs and eight wickets respectively to boost their chances. However, that alone won’t be sufficient for them as they will need Afghanistan to beat New Zealand as well.

If that happens and India manages to beat Namibia by a big margin, then India will progress to the next round. Naturally, fans are super excited for the game and are keeping their fingers crossed, hoping that the Mohammad Nabi-led team beat New Zealand.

The users have flooded Twitter and used various memes to cheer India.

Indians hoping for Afghanistan to win the match against New Zealand:#AfgvsNZ pic.twitter.com/PvW2MnjPSb

Preparation for Afghanistan vs New Zealand match going on in full swing.#INDvsSCO pic.twitter.com/udQtGEwsdV

On paper, New Zealand will start as favourites based on their reputation but they will be aware of the threat Afghanistan can pose. The team have a potent spin attack and conditions will be assisting them. Also, New Zealand top order in the last couple of games have struggled to get going. In the previous game, Jimmy Neesham and Glenn Phillips pushed them to a competitive total. However, if New Zealand lose early wickets, Afghanistan are well capable to choke them. 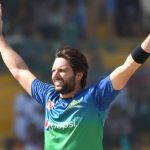 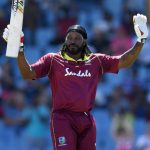