Cheerleaders have been a part of the Indian T20 league for quite a while now. The main reason for having them was to catalyze the frenzy around the league. While the idea of having cheerleaders turned out to be a success, there is a dark side to it as well.

Over the years, there have been several rumours about them, and how they have been exploited in one way or another. Thus, the ugly side of having cheerleaders might shock a few fans, as not everyone are aware of the negative parts about having these women cheer for players. Here are five dark secrets of cheerleaders of the Indian T20 league.

Contrary to the general belief, cheerleaders aren’t paid much. When it comes to the biggest T20 league in the world, there have been several payment issues with respect to them. A few years ago, two Ukrainian cheerleaders who worked for the Rajasthan-based franchise said that they aren’t paid on time.

As a matter of fact, they also complained about issues such as the lack of necessary items, as well as the food. Besides, cheerleaders are mostly accommodated in one-star hotels. Many girls have complained about the hotels and their poor service. 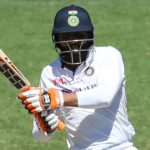