In what comes as shocking news, Vivo has pulled out as Indian T20 League’s (ITL) title sponsor. This has led to the Board of Control for Cricket in India (BCCI) replacing them with Tata. This decision was taken at the Governing Council meeting of the ITL on Tuesday.

According to a report by Cricbuzz, the ITL chairman Brijesh Patel, following the Governing Council meeting, confirmed that Tata Group would be the new title sponsors of the Indian T20 league. This comes in the wake of Vivo deciding to discontinue their journey with the tournament.

“Vivo has exited and the Tatas will be title sponsors,” said Brijesh Patel. It is to be noted that Vivo still has a few years left in its sponsorship deal with the league and during this period, Tata will remain the main sponsor. Thus, the league will now be called “Tata ITL”. The Chinese smartphone company had bagged the title rights at a cost of INR 440 crore a year in 2018.

“This time, the company wanted to terminate the deal and it was decided to bring an Indian company on board as the title sponsor,” said a source in the BCCI, as quoted by Sportstar. Hence, this means that Tata will come on board, for the 2022 and 2023 seasons. However, the Governing Council was mainly called to discuss about the Letter of Intent to the CVC, the owners of the Ahmedabad franchise.

“The Governing Council has approved the CVC acquisition of the Ahmedabad team and we will issue the LoI today (January 11),” said Brijesh Patel. The participation of the Gujrat-based franchise was put on hold for several months before an investigation was put into force by the India board for their alleged involvement in betting. However, everything seems to be fine now as the BCCI has given them a green signal. 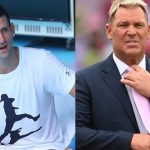 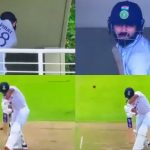