March 8, 2020 – This was the day when India Women last played international cricket. It was the final of the T20 World Cup and Australia defeated them in front of more than 80,000 fans at the iconic Melbourne Cricket Ground. What followed later was only about COVID-19 throughout the world and all the sports came to a screeching halt.

Even after India’s Men’s team returned to action with the Australia tour as far as international cricket is concerned, Women’s team’s multiple tours got cancelled. However, exactly after 364 days of playing their last game, India Women will be taking the field in the five-match ODI series starting from March 7. Both the teams will also face each other in three T20Is from March 20.

India’s ODI and T20I squads have been announced and the selectors have made quite a few changes keeping in mind the upcoming 50-over World Cup in New Zealand. The likes of Ekta Bisht, Anuja Patil, Veda Krishnamurthy, Taniya Bhatia, and Shikha Pandey have been left out of both the teams which has raised many eyebrows.

Ekta Bisht is one of the best spinners in India while Shikha Pandey is one of the best pace bowlers and both of them did well in their respective last appearances for the team. Taniya Bhatia was regarded as the best wicketkeeper in the country but Swetha Verma has replaced her in the ODI squad while Nuzhat Parveen (only T20Is) and Sushma Verma (ODI and T20I squad both) are the other wicket keepers. 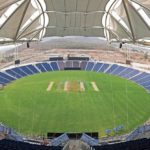