When two teams of the calibre of India and England meet, a one sided affair is the last thang that comes to our mind. However, that was the case in the 1st ODI as England cruised to a victory by 8 wickets. But India is a formidable side and would believe that they can turn the tables in their favour. They’re not short on quality, they’re not short on confidence, a loss shouldn’t hurt them much.

They have some of the best players of this format of the game and we’ll back them to turn up in the second T20I. But they’ll have to think about their team combination. Dew is going to play a massive role in the match and if India’s is bowling second, three spinners is certainly not the way to go.

For England, they justified their crown of the top ranked team but they can’t affort to be lenient against a side like India. Jason Roy, Jos Buttler, Dawid Malan and Jonny Bairstow got decent batting practice but it’ll be a challenge for them If they’re forced to bat first. The surface will get slower and against quality Indian spinners, with the ball gripping, England could be under serious pressure.

Overall, we think that one bad day won’t make India too worried as they’re a team who have immense confidence in their abilities and would leave no stone unturned to bounce back in the series. 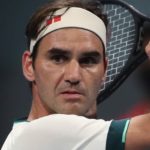