‘As comprehensive as it gets’ – the quote aptly describes India’s performance in the 1st ODI. The hosts were at the top of their game and decimated Eoin Morgan’s men by 66 runs. They went into the match with concerns over the form of Shikhar Dhawan and KL Rahul, both fetched half-centuries for themselves. India handed Krunal Pandya his maiden ODI cap, the southpaw played a blistering knock of 58 off just 31 deliveries. Bhuvneshwar Kumar, who was playing an ODI game after a long time, looked in fine rhythm. Prasidh Krishna, making his debut, picked up 4 wickets to stun the visitors.

To be fair, the hosts couldn’t have expected more. They’ll go into the second ODI with a truckload of confidence. However, there are few injury concerns for the Men in Blue. Shreyas Iyer has a dislocated shoulder and has been ruled out of the ODI series. There are few doubts about the participation of Rohit Sharma as well. Suryakumar Yadav was extremely impressive in the T20I series and we could see him making his ODI debut in the second ODI. Kohli could also bring in Rishabh Pant and ask KL Rahul to bat at 4.

Coming to the visitors, they were cruising to victory after a 135 run opening stand but a collapse saw them getting bowled out for 251. But this was not the first time we saw their middle order collapse. This was the story of England throughout the T20I series as well. While Bairstow played a blistering knock of 94, players like Eoin Morgan, Ben Stokes, Jos Buttler, Sam Billings, Moeen couldn’t make a mark. This will be a massive concern for England. The kind of form Indian batsmen are in, England could well be chasing another big score and will need their middle order to step up to the occasion. If not, the series will be done and dusted in the second ODI itself. Even if they bat first, they’ll need a big total on the board against this strong Indian batting line up. 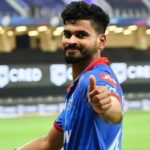 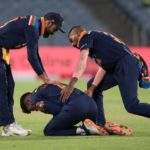