After dominating England in the Test series, India will look to overpower the visitors in the T20 format. However, it won’t be a cakewalk as it was in the Tests. England are ranked number 1 in the ICC T20 rankings  and haven’t lost a T20I series since 2018. Talking about India, they too are undefeated in their previous 5 series. The mouth-watering 5 match series gets underway at the Narendra Modi Stadium in Ahmedabad on March 12th. The next four matches will be played on alternate days i.e on, 14, 16, 18 and 20. All the matches will be day night affairs and will get underway at 7:00 PM local time The series stands of utmost importance as both India and England are the favourites for the T20 World Cup scheduled in october 2021. The winner of this series will go in with a psychological advantage into the mega event.

Both teams are coming into the series on back of some fine performances. India have won 17 of their last 21 matches while England emerged victorious in 16 of their previous 21 games. The series promises to be a closely fought affair as both teams are laced with genuine match winners

Ahead of the 1st ODI, let’s look at some of the stats between the two team.

The stats reflect the competitiveness between the teams. India and England have played 14 matches against each other with both teams winning 7 games each. In their last encounter, England defeated India by 7 wickets in Bristol. Talking about the head to head stats in India, it’s again 50 50 as both teams have won 3 games each in the six encounters.

As expected, Indian skipper Virat Kohli is the most successful Indian batsmen with 346 ruins in 12 innings at an average of 31.45. For England, Eoin Morgan has the most runs in India vs England T20I series. The English skipper has scored 314 runs in 11 innings at a strike rate f 146.04

With the ball, Yuzvendra Chahal has been the nemesis of the English batsmen and has accounted for 9 wickets in the 6 matches. Out of these 9 wickets, 6 came in 2016/17 series at Bangaluru. In the current squad, Chris Jordan has been the most successful England bowler with 6 wickets in 6 games. 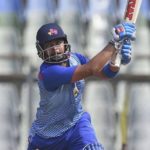 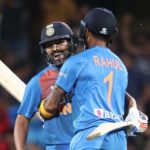