The Indian cricket team is expected to travel to England later this year with a large contingent of players for the ICC World Test Championship final against New Zealand. The final is scheduled to be played at the beautiful Hampshire Bowl in Southampton. The summit clash was shifted to Southampton as the stadium has a built-in hotel which can provide an ideal situation for creating a bio-bubble. According to the chairman of Hampshire Cricket, Rod Bransgrove, Team India management has planned on having their own practice matches ahead of the final. The team will travel to England right after the IPL 2021 ends. As there are no warm-up matches scheduled before that, the management has taken a decision to have a large group of players to compete in the practice matches.

The New Zealand team will have an advantage over India as they have two Test matches against England ahead of the final. Bransgrove also informed that both the teams will be staying at the same hotel but on different floors. India is also set to play five Tests against England after the final, for which they have decided to have first-class matches between India and India A to prepare for the series.

“As far as I know there are no practice games organized. I understand that they (India) are bringing in a lot of players to the hotel and they will be organizing their own practice games,” Rod Bransgrove told Cricbuzz. “Both teams will stay at the same hotel, albeit on different floors. We have 170 rooms in that hotel and accommodating the two teams is not a problem. We have not been awarded the final, we are going through the staging agreement,” Bransgrove further said.

During the interaction, Bransgrove also revealed that there is a possibility that the final will see some crowd in the stands. At this moment, no sporting events have been allowed to have crowds in the United Kingdom. However, Bransgrove is hopeful that by the time the summer starts, they can have some sort of crowd for this memorable occasion. 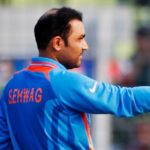 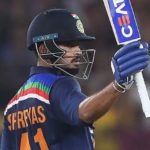