India’s ace pacer Jasprit Bumrah has been ruled out of the upcoming fourth and final Test of the series against England. He hasn’t sustained any injury but the bowler himself requested the management to release him for personal reasons. Accordingly, the BCCI has obliged to it and let him leave the bio-bubble.

India are currently leading the four-match series by 2-1 and will have to make sure they don’t lose the last game to seal their place in the World Test Championship final. The hosts sealed a memorable victory over England within just two days in Ahmedabad where the pitch was the main point of discussion.

As far as Jasprit Bumrah is concerned, he has picked four wickets in two Tests of the series. He was also rested for the second Test in Chennai as part of the workload management. Team India might not miss him much in the final Test match as the surface is expected to turn again.

Bumrah has also been rested from the five-match T20I series as he has been playing continuously since the IPL. The cricketer will be looking forward to come back soon on the field as India are also slated to play three ODIs against England late in March. 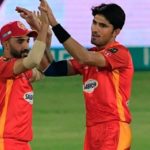 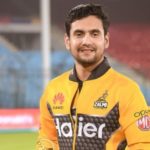