The Board of Control for Cricket in India (BCCI) have bagged the hosting rights for three global events for the next FTP cycle. India will play host to the 2026 20-20 World Cup (along with Sri Lanka), 2029 Champions Trophy and 2031 50-over World Cup (with Bangladesh). Also, in a massive development, the USA will host its first major multinational cricket tournament. USA along with West Indies will host the 2024 20-20 World Cup.

Also, Pakistan will get to host a global event after almost two decades. The country will host the 2025 Champions Trophy. “It delights me no end that Pakistan will be hosting this prestigious world tournament . It is going to be a viewing boon to millions of Pakistani fans who had to wait patiently for years to be part of something as grand as this. World will sample our hospitality to go with our great exciting cricket,” Raja told Cricbuzz.

In a bid to increase the sports’ reach, the ICC have allotted a major event to associate nation Namibia as well. The country will host the 2027 50-over World Cup along with South Africa and Zimbabwe.

“The hosts were selected via a competitive bidding process overseen by a Board sub-committee chaired by Martin Snedden along with Sourav Ganguly and Ricky Skerritt,” ICC said in a statement. “The ICC Board accepted the recommendations of the committee, who conducted a thorough review of each bid along with ICC management. A similar process to identify the hosts for ICC Women’s and U19s events for the next cycle will be undertaken early next year.” 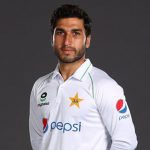 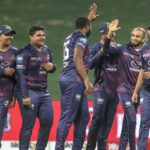