Indian leg spinner Yuzvendra Chahal believes that India is the prime contender to win the upcoming T20 World Cup. According to Chahal, India boast of a very strong team and have all their bases covered ahead of the showpiece event.

“I feel we have covered all bases. You know the 22-23 players that are in the reckoning for the World Cup. All slots have been filled. If you look at the middle-order, spinners, medium-pacers or batsmen you will see there is adequate preparation for the World Cup. Due to our experience, we are the no.1 contenders for the World Cup,” Chahal claimed in an interview with Sports Tak.

With COVID-19 ravaging havoc in India, threat looms over India staging the marquee event. The IPL was also suspended due to the same. If the situation doesn’t normalize in the coming days, the T20 World Cup may be moved out of India to UAE. Chahal further admitted that moving away from home conditions won’t be ideal but reckoned that UAE also offers similar conditions to India, adding that Indian players have plenty of experience of playing in the Middle -East region.

“Absolutely. Because when we played the IPL in the UAE last year, wickets didn’t change too drastically. Whenever you play in Asia you get similar wickets. One negative is that there is less Indian crowd, and playing in India is a different feeling altogether. But 70-80% it remains the same,” Chahal explained.

India is set to tour Sri Lanka in July. Since most of the Indian players will be in England, India will send a second-string team to the Island nation. Chahal, who is expected to be on the flight to Sri Lanka, emphasized the importance of performing well in Sri Lanka.

India will play 3 ODIs and 5 T20Is in Sri Lanka. The Men in Blue will be coached by Indian veteran Rahul Dravid on the Sri Lanka tour. 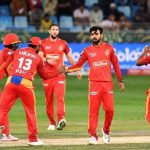 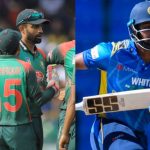