Indian fans will be able to watch the India-England Test series from the stadium as the BCCI and Tamil Nadu Cricket Association have decided to allow 50% of the crowd for the second Test at the MA Chidambaram Stadium in Chennai. The decision was taken after the fresh Covid-19 guidelines by the Central Government that allowed the spectators into the sporting venues.

We discussed the issue of allowing spectators for the second India vs England Test following fresh COVID-19 guidelines by the Central government permitting crowds at sporting venues and also the state government’s SOPs given on Sunday,” The Tamil Nadu Cricket Association official told PTI

“It has been decided by the BCCI and TNCA to allow 50 per cent spectators for the second Test by following all safety protocols,” he added

The MA Chidambaram stadium can accommodate 50,000 people thus around 25000 spectators will be able to watch the match from the stadium. Earlier, it was decided that first two Tests in Chennai will be played behind the closed door while the crowds will be allowed for the remaining two matches in Ahmedabad. However, with Central Government issuing the new guidelines that allowed the audience to watch the sporting event from the stadium, the BCCI and the TNCA decided to permit 50% crowd for the second Test as well. The media will be able to cover the match from the press box at the ground. However, the press conferences would still be done virtually. 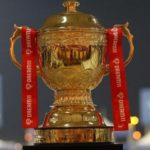