Legendary Pakistan pacer, Shoaib Akhtar has joined the debate of the Motera pitch and stated that the hosts should make a fair pitch for the final Test as they are capable of beating England in any conditions. He said that playing cricket on such wickets is not good for Test cricket. The third Test in Ahmedabad finished inside two days as both teams failed to cross the 150 run mark in the match. England were bowled out for 112 and 81 in their two innings while India folded for 145 in their first inning.

“Should Test matches be played on such wickets? Not at all. A pitch where there is so much unreasonable turn, that a match gets finished in two days, is not good for Test cricket,” Akhtar said on his YouTube channel.

Akhar further said that there is nothing wrong with making a turning pitch but it shouldn’t spin from ball one, but from Day three. He revealed that India is a top team and they shouldn’t be scared as they can win at any surface.

“I understand the concept of home advantage but this sort of advantage I believe is a little too much. If India had scored 400 runs and England got out for 200, then one could say that England played poorly. But here, even India was shot out for 145.

“I thought India is a bigger, better team than this. There should be fair play and fair pitches where I think India can still beat England. They don’t need to be scared. There is no need for India to prepare such wickets. Did we make the wicket in favour of India in Adelaide? Was the wicket in Melbourne made in favour of India? How did they win the series there? You play on fair ground, fair conditions and say ‘Look, we can play well at home and abroad’,” Akhar

The Pakistan legend added that he expects India to produce a fair pitch for the final Test and backed them to win the series.

“I am expecting a fair pitch for the fourth Test. India should go out there and make sure they prepare one of the best pitches for the next Test match and I am sure that you have the capacity on any pitch. You don’t need to take home advantage. Just go out there and play and I’m sure they will win the series. If India can beat Australia on their soil, they can easily win at home,” Akhtar concluded.

India is 2-1 up in the series and need to escape a defeat in the final Test to play New Zealand in the summit clash of the World Test Championship. 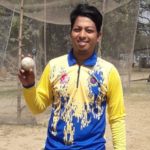