India have announced a strong 15-member squad for the upcoming women’s 50-over World Cup due to begin on March 04 in New Zealand. Mithali Raj leads the squad, with Harmanpreet Kaur being her deputy. The expected players like Smriti Mandhana, Shafali Verma, Poonam Yadav, Jhulan Goswami, and Rajeshwari Gayakwad are in the team.

However, batter Jemimah Rodrigues does not find a place in the squad. The right-hand batter was in a rich vein of form in the inaugural edition of the Hundred and Women’s Big Bash League. Her low returns in the ODI series against South Africa and England in 2021 might be one of the reasons for her exclusion. Meanwhile, Punam Raut is excluded from the squad.

Against South Africa, Raut struggled for consistency thus the selectors have placed their bet on young batter Yastika Bhatia. The southpaw made her ODI debut against Australia and ended up scoring 102 runs in three games. The 21-year-old will most probably slot in at the number three position in the batting order.

In what can be called a shocking omission, pacer Shikha Pandey is also excluded from the squad. The right-arm pacer plays an important role along with Goswami in the fast bowling department. Meghna Singh and Renuka Thakur are the pacers selectors have gone in with.

All-rounder Sneh Rana has been included in the squad. She gave a good account of herself in the all-format series against England and Australia. She contributed well by scoring runs lower down the order and also chipped in with vital wickets. India will play a five-match ODI series in New Zealand before the showpiece event. The Women in Blue had a good outing during the last year’s 50-over World Cup as they finished as runners-up. 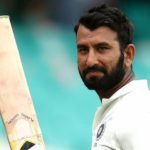 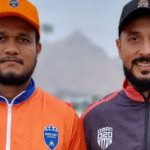