Bangladesh have turned some heads with their performance in the first two T20Is of the five-match series against Australia. On a tough Mirpur track in the two matches, Bangladesh first defended a low total of 131 runs and then chased down 122 easily despite being 67-5 at one stage in the 12th over of the innings.

Afif Hossain was at the centre stage of all the action in the second game as he stitched an unbeaten stand of 56 runs with Nurul Hasan, another player who has impressed in the last few T20 matches. However, it was Afif this time around who kept his composure when his team needed the most and took Bangladesh over the line.

While talking about the match-winning knock, Afif, however, credited Mahmudullah for advising him about how to approach the chase on a tricky pitch. “When I went out to bat, Riyad bhai just told me one thing. To take two-three overs to settle in. And personally, my ambition was to return after finishing the game. First thing I did was to assess the wicket and to understand what needs to be done on this surface.

“I was aware that if I stay late, I can finish the match. The plan for both Nurul Hasan and me was to just score without losing a wicket because the run-rate was under check,” he said according to ESPNCricinfo. Having won two T20Is already, Bangladesh now sense a rare chance of winning a series against Australia who are playing without their key players.

The visitors have now lost six out of their last seven T20Is having lost 4-1 against West Indies prior to this series. 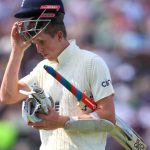 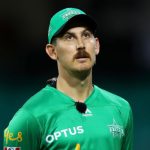