India wicketkeeper-batter Rishabh Pant hogged the limelight on Thursday, July 15 as he tested positive for COVID-19, ahead of the team’s five-match Test series against England starting on August 04. Currently, Pant is in self-isolation at a relative’s place in London and his recovery is going well.  Apart from the 23-year-old, one support staff member also returned positive result. Pant attended the Euro 2020 fixture between England and Germany at the Wembley Stadium and it is speculated that he might have contracted the virus during his stay at Wembley.

Although the BCCI officials warned the Indian players to avoid crowded public places, the southpaw could not refuse a tempting offer to watch the match live in the stadium. Now BCCI President Sourav Ganguly has reacted to the news of Pant testing positive..

The BCCI president was further quizzed whether he was worried about the other squad members, to which he replied confidently: “No worries. They will be fine.”

Meanwhile, the Indian team is scheduled to play a warm-up match in Durham starting on July 20. 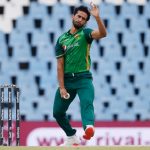 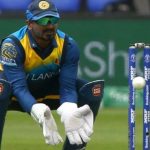