Chennai Super Kings (CSK) skipper Mahendra Singh Dhoni has hinted at playing another season of the Indian Premier League (IPL). At 40, MS Dhoni is at the fag end of his career and many speculated that the current season of the IPL might be his last as a player. Also, his form with the bat is very concerning. In CSK’s game against Delhi Capitals (DC), Dhoni crawled his way to a 27-ball 18 after which the calls to look beyond Dhoni got intensified. However, MS Dhoni has given a big hint that he is far from over.

Having been relieved of international duties in 2019, fans expected to see Dhoni of old in the IPL. However, the last two seasons have been a struggle for MS Dhoni with the bat. In the ongoing season, the wicketkeeper-batter has only accumulated 84 runs in 13 outings at an average of less than 15 and a poor strike rate of below 100.

However, the talismanic skipper has led the team well. CSK is enjoying a dream run in the IPL 2021 and have already secured a berth in the playoffs. 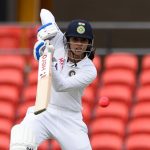 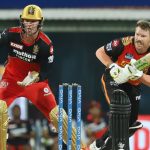