Indian women’s cricket team is hitting the headlines of late. They have been consistent to say the least. The Harmanpreet Kaur-led Indian team have won the series in England after 23 years and have broken the record. Speaking of the skipper, she has led the team from the front and won the ‘player of the series’ award.

However, the third ODI between India and England became the talk of the town. One is for Jhulan Goswami’s retirement after a stellar career and the other is for Deepti Sharma’s run-out at the non-striker’s end. Speaking of the runout, India needed a wicket to seal the match and England needed 17 runs to win.

However, the bowler, who witnessed Charlotte Dean out of the crease at the other end, removed the bails and appealed for run-out. The umpires, who had a brief discussion, ruled the decision in favour of India. The Indian women’s cricket team won the match by sixteen runs and sealed the series 0-3.

Speaking of Twitter, it is one micro-blogging platform where fans come up with memes right after a conclusion of a cricket match. Be it a win or a lose, fans from India leave no stone unturned to come up with hilarious memes.

Deepti Sharma’s runout sparked a lot of controversy in the cricketing world. However, the runout became a concept and the meme creators started playing with their creativity right after the incident. Speaking of the match, the Indian team amassed 169 runs on the board.

The England women’s cricket team crumbled and succumbed with 153 runs on board. However, it was an anti-climatic end as fans kept puzzling about the run-out. Earlier, the Cricket’s governing body declared the run-out legal and removed the term ‘Mankad’.

Yet, the veteran English cricketers, who were well frustrated about the loss, started ranting about it on Twitter. Whereas the Indian fans started coming up with hilarious memes to make things lighter. We have handpicked such memes from Twitter that Indian fans came up with.

Here are the memes:

Some Iconic Moments by Indians at Lord's that will Frustrate the Brits Forever !!#ENGvIND | #DeeptiSharma pic.twitter.com/P9C0a6yUka

Q. How many World Cups England have won with spirit of cricket?

**
Brilliant Presence of Mind by #DeeptiSharma 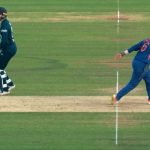