Former Pakistan skipper Shahid Afridi has said he will cheer for Pakistan in the T-20 World Cup despite having reservations with the squad announced for the showpiece event. Pakistan’s T20 World Cup squad has left many fans and experts bemused. The likes of Fakhar Zaman, Shoaib Malik, Sarfaraz Ahmed have been left out of the squad, while Azam Khan and Sohaib Maqsood have been included in the 15-man team. However, speculations are rife that Pakistan may name an updated squad for the World Cup before the cut-off date of October 10.

Afridi feels the squad is not the strongest but said being a proud Pakistani, he will cheer for the team. “I don’t know why certain players were picked and a few were left out. I have heard that there are plans to announce a modified T20 World Cup squad. My individual thinking is that this is not the right team. Ideally, there should have been two-three changes. So yeah, don’t agree with the squad chosen but this is our team so we have to support it at the World Cup.”

The all-rounder added that Misbah ul Haq and Waqar Younis could have stayed till T20 World Cup, adding their call to quit their roles came at the worst possible time. “If the coaches who have left quit on their own will, then they have wronged Pakistan cricket. The new ones who have come in will obviously say we have just taken over. I think the same coaches should have stayed till the T20 World Cup.” 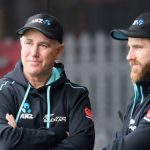