When everything goes haywire, the problems too always increase multiple times. For the Sri Lankan team, this saying is true, as nothing seems to be going in their favour. After having dominated the second ODI for close to 35 overs, Sri Lanka sensed victory, but they lost the plot and went on the lose another game and the series.

But that was not the end of all, as if to rub salt into their wounds, the ICC on Thursday (22 July) announced that Sri Lanka have been fined 20 percent of the match fees for maintaining a slow over-rate. Dasun Shanaka-led side took a considerable amount of time to bowl the overs and that cost them this fine.

Ranjan Madugalle of the ICC Elite Panel of Match Referees found that the Lankan Lions were an over short of the target after all the breaks were taken into consideration. On-field umpires Kumar Dharmasena and Lyndon Hannibal, third umpire Ruchira Palliyaguruge and fourth umpire Prageeth Rambukwella took the decision and imposed the fine, as reported by Hindustan Times.

“In accordance with Article 2.22 of the ICC Code of Conduct for Players and Player Support Personnel, which relates to minimum over-rate offenses, players are fined 20 percent of their match fees for every over their side fails to bowl in the allotted time”

“In addition, as per Article 16.12.2 of the ICC Men’s Cricket World Cup Super League Playing Conditions, a side is penalized one point for each over short. Consequently, Sri Lanka will lose one point from their points tally during the Super League,” ICC said in a release. 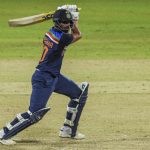 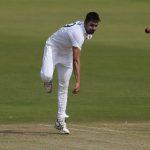