The International Cricket Council (ICC) has started a great initiative #ICCHallOfFame month to celebrate some of the finest cricketers to have graced the gentlemen’s game from all across the globe. They started the campaign by lauding Martin Crowe, an extraordinary captain and batsman hailing from New Zealand. In the same light, On May 19, Wednesday, ICC made a special post on their official Instagram handle to celebrate the achievements of India’s veteran spinner, Anil Kumble.

ICC glorified the stunning numbers of Kumble from his glorious international career. The right-arm leg-spin bowler has represented India in 132 Test matches, picking a stunning 619 scalps at an economy rate of 2.69. Kumble remains third on the list of all-time top wicket-takers in Test matches, only behind Sri Lanka’s Muttiah Muralitharan and Australia’s Shane Warne.

The decorated spinner also featured in 271 One Day Internationals, picking 337 wickets at an economy rate of 4.30 and an average of 30.9. ICC posted Anil Kumble’s picture with the caption, “Next on #ICCHallOfFame we have one of the greatest bowlers of all time, India spinner Anil Kumble. The third-leading wicket-taker in Test cricket.”

Further, the International Cricket Council posted a video on their official website where former Sri Lanka captain Kumar Sangakkara heaped praises on the Indian veteran and hailed him as an intense competitor. Speaking about Kumble, Kumar said that it isn’t easy to score runs against the leg-spinner and Kumble has given a lot of sleepless nights to the Sri Lankan veteran.

“Kumble has given me a few sleepless nights. He was not your orthodox leg-spinner. This big, tall gangly bowler running in and bowling with very high arm action. It was not at all easy to get him away for runs,” Sangakkara added. 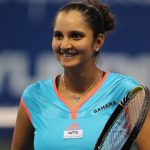 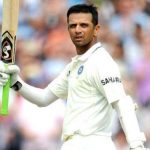