The inaugural World Test Championship (WTC) final will be played between India and New Zealand from June 18 in Southampton. The International Cricket Council (ICC) announced the playing conditions a few days ago and now the prize money has been confirmed by them. The WTC winner will be getting a Test Championship mace and a whopping amount of $1.6 million.

The runners-up team will get $800,000 for finishing second in the nine-team competition. The WTC was organised to give some context to Test cricket and the first edition will end with the final to be played later this week. Interestingly, the Test Championship mace which the team used to get after topping the ICC rankings will get to the team winning the WTC.

Both India and New Zealand are gearing up for the summit clash and are preparing in their own ways. While the Kiwis played a two-match Test series against England and won the second Test to seal the contest 1-0, team India landed in UK on June 3 and are currently playing a four-day intra-squad warm-up game.

Both the sides played some exceptional cricket over the course of two years with India beating Australia in their own den. New Zealand had a flawless home season and predominantly, that helped in making it to the finals too. 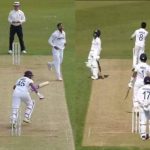 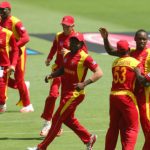