Ace Indian spinner Ravichandran Ashwin is one of the most street-smart cricketers going around in world cricket. The off-spinner believes in continuous evolvement and says that competition always brings the best out of him. According to Ashwin, the day he loses the will to improve his craft, he will quit the game. Despite having plenty in the arsenal, Ashwin is continuously trying out new things to improve his game.

“The beauty about Test cricket is you are always aspiring to be perfect but you can settle for excellence, so that’s pretty much I think I do,” Ashwin was quoted as saying by the ICC ahead of the ongoing World Test Championship final between India and New Zealand.

“I think whatever I have achieved so far in my career is because of that attitude, did not settle for anything, constantly looking to improve.

“I maintained that if I don’t like doing different things and if I lose the patience to do something new or get satisfied then I might not play the sport anymore,” he said

The 34-year-old further revealed that he doesn’t enjoy on-field altercations but if poked he wouldn’t mind giving it back with his performances. Ashwin, who has taken 409 Test wickets so far, said that he doesn’t think about his on-field performances, adding that his prime focus is to get better with every game.

“It’s not like that I enjoy controversy but I enjoy a fight and that pretty much sums up why I am here,” he said.

“I don’t celebrate victories as much as I ideally should because for me victory is an incident and is coincidental to planning and practice. I sit and think about what can be better,” Ashwin said.

Ashwin’s teammate Jasprit Bumrah and bowling coach Bharat Arun are also in awe of Ashwin’s work ethics. Bumrah feels that Ashwin is one of the greatest spinners to have stepped on the field while Arun reckons that Ashwin’s eagerness to learn new things makes him very special.

“I think he (Ashwin) is one of the greats of the game because if you look at his records, it speaks for itself. He has done well with the bat as well as with the ball. He has taken more than 400 Test wickets so that doesn’t come by chance,” he said.

“Ashwin is not very happy with whatever he does, he always loves to come out of his comfort zone and learn new things, develop different angles and that’s what makes him so special,” Arun said. 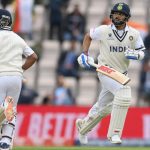