Sunrisers Hyderabad lost their second successive IPL game as they went down to Royal Challengers Bangalore by 6 runs. At one point, they were cruising at 91-1, chasing 150, however, a collapse saw them crumble to 126-6. Nevertheless, a little cameo from Rashid Khan kept their hopes alive. SRH needed 15 off the last five balls and with Rashid Khan on strike, SRH was not completely out of it. Rashid Khan took a couple on the second ball to bring the equation down to 13 off 4. On the next delivery, Harshal Patel bowled a waist high full toss and Rashid smacked it for a boundary. This was the second instance of him bowling a waist high full toss and as per the rules, if anyone bowls two waist high full tosses, he needs to be taken out of the attack. However, the umpires decided against it which left David Warner unimpressed.

However, SRH coach Trevor Bayliss put rest to the controversy and said that the umpires made a right call to not remove the bowler citing the reason that the first full toss was not aimed at the body.

“He [Warner] was a little animated because we weren’t playing very good cricket and we lost. I think the umpires got it right. There was a bit of conjecture over obviously the second high no-ball, but the first one was not directed at the batter’s body, so that wasn’t a warning. So I think the umpires got that one right,” Bayliss said at the post-match press conference.

Post the match, Harshal Patel discussed those two full tosses and revealed that he lost control because of the sweat. He, however, admitted that these are basic errors that shouldn’t have happened, “I was sweating, and the sweat came on the palms. But obviously, it’s not an excuse. These things shouldn’t happen; they are basic mistakes. They shouldn’t happen in pressure situations, and I’ll try and make sure it doesn’t happen next time”.

Despite the no balls, Patel had a good game and returned with figures of 2-25 in 4 overs. 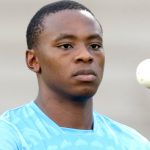 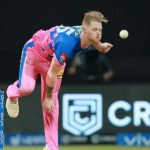