There was no doubt about Rohit Sharma’s match-winning abilities in ODIs, but in the Tests, especially in overseas conditions against the moving ball, Rohit had a lot to prove. He did get some chances in the middle order but failed to grab them. His career was following the same trajectory as Yuvraj Singh – a very good ODI player but not a great Test player.

However, a switch in batting position, where he was asked to open, changed Rohit’s career. He got runs for India at home but whether or not he can replicate the same in overseas conditions was still a concern. Not anymore though as Rohit has made every critic stand and applause in the ongoing Test series against England.

After few handy innings, Rohit went on to register his maiden overseas Test hundred at the Oval. He has looked very assured, very sound and India would hope he can carry forward this into the upcoming series as well.

After the post day presser, Rohit said he knew opening the batting was the last opportunity for him to cement his place in the Test team, but he was ready to make it count.

“In the back of my mind, I knew this was the last chance for me (Tests), trying another position in the batting order. When the offer came to me to open the batting, I was very much aware of it because the talks were happening within the management at some stage,” Rohit said.

“I batted in middle order before and things didn’t go as per the way I wanted it to and I knew this was my last opportunity to try out and you know management is thinking whatever I want to try.

“When you are playing a sport, you always have to take those chances, those risks and so I was ready for it and didn’t come to me as a surprise. It would have been my last opportunity if I wouldn’t have succeeded. Anything could have happened,” he added.

Rohit further said the management had assured him that he will get a decent run and that confidence helped him bloom at the top. This was Rohit’s eighth Test hundred and it couldn’t have come at a better time for India. Trailing by 99, India looked in dire state but Rohit and KL Rahul cleaned up the lead before Rahul got a peach from Anderson just short of his half-century.

Rohit and Pujara (61) then piled on the runs and took India to safety. Both batters were dismissed in the 80th over but had put India into a commanding position. India currently lead by 171 runs with Virat Kohli and Ravindra Jadeja at the crease.

“That (about it being his last opportunity) was my feeling. I don’t know about others because the team management told me I will have a long run. But I wanted to think in a way that this is it. I have to make good use of this opportunity and for that I have to do whatever it takes,” said Rohit. 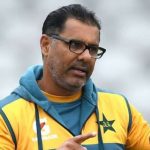 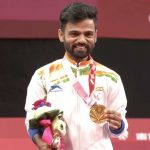