Rashid Khan has established himself as on of the finest bowlers going around in the shortest format of the game. A T20 bowling wonder, Rashid’s incredible consistency and miserly economy with the ball has troubled batters from all over the world across different leagues. However, his hunger to do more means that the 22-year-old does not want his batting to lag behind.

In a recent interaction on The Curtly and Karishma Show, Rashid Khan spoke about his batting skills and revealed that he started his career as a batter, before shifting his focus to bowling as per his team’s requirement. Rashid’s penchant for batting is well-highlighted by his aim, which is to find himself a place in his national team’s middle-order.

Meanwhile, Rashid has been appointed as Afghanistan’s T20I skipper recently by the Afghanistan Cricket Board (ACB).

“From the last two and a half years, I have been working a lot on my batting so that I can contribute 20-25 quick runs in the lower order. Hopefully, in the next few years, I can take the number four or number five position in the batting lineup.”

During the same interaction, he also opened up about his love for the longest format of the game.

“Yes, I think I love Test cricket and I enjoyed the last five Test games I played against different teams and I think it gives me lots of opportunity to improve my skills in that and that is the kind of format which improves your cricket,” said Rashid. 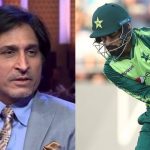 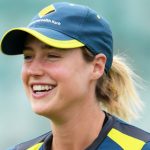