Gone are the days when West Indies used to be a force in world cricket. Back in the late 70s and 80s, with players like Vivian Richards, Joel Garner, Malcolm Marshall, Curtly Ambrose, Courtney Walsh in their arsenal, West Indies at times were unbeatable. However, today, even though they have few individual superstars, as a team, they don’t have the quality to compete against big teams. Most of the players are keen on playing shorter versions of the game.

Legendary pacer Curtly Ambrose is disheartened to see the fate of West Indies cricket and believes that most of the current youngsters don’t understand what cricket means to West Indies thus the Caribbean nation won’t be able to relive their glory days.

“Most of the youngsters we have now probably don’t quite understand what cricket means to West Indians in the West Indies and abroad because cricket is the only sport that really unites Caribbean people,” Ambrose told Talk Sports Live.

“This is no disrespect to the players we have now because we have a couple of guys who have some quality in them and can become great, but what we have to understand is that I don’t think we will ever see those great, exceptional glory days again.”

The 57-year-old further said that it is difficult to find quality players nowadays in West Indies.

“It’s going to be difficult to find another Viv Richards or a (Demond) Haynes and (Gordon) Greenidge, a Brian Lara, Richie Richardson, you know, a Malcolm Marshall, Curtly Ambrose, Courtney Walsh, Michael Holding, Andy Roberts, and the list goes on.”

The fearsome pacer reckoned that West Indies can improve their rankings and emerge as a very good team but it won’t be able to match the domination of the West Indies team of 80s.

“When we were the best team in the word, West Indians all over the globe could walk and boast about how good we were because we were the best, so it’s going to be difficult to see those glory days again,” he said. “Yes, we can be competitive and d climb up the ICC rankings and be a force to be reckon with again, but those glory days, I don’t think we will see them again.” 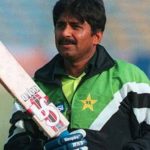