Ishan Kishan and Surya Kumar Yadav’s inclusion in the Indian squad was long due. The youngsters were among the most consistent performers in the domestic circuit but a packed batting order didn’t allow the selectors to consider them for a place in the squad. However, the duo has got their opportunity now as they have been named in the 5 match T20I series against England.

While both of them will be eager to don the Indian jersey, former Indian batsman, VVS Laxman believes that they might not get an opportunity to make their India debut against England. Laxman said that India has a settled batting order and they most likely will go in with the tried and tested combination. He further added that he wanted to see Manish Pandey continue at no 4.

“I don’t see them getting a chance because you have a settled middle order. I would love to see continuity as far as the No.4 position is concerned and Shreyas Iyer would be my choice as far as batting at No.4,” said Laxman.

Laxman revealed that the presence of Rishabh Pant and Hardik Pandya won’t allow Suryakumar Yadav or Ishan Kishan a spot in the playing XI. He, however, believed that the duo will perform well when they get their opportunity.

“I would love to see Rishabh Pant back in the mix, batting at No.5 and then you have got Hardik Pandya at No.6. So, I don’t see Suryakumar Yadav or Ishan Kishan or for that matter Tewatia getting a chance but whenever they get a chance I am sure all of them will perform and play to the best of their abilities,” added Laxman.

Earlier, Laxman expressed his happiness over Suryakumar Yadav receiving his maiden India call up. He added that Yadav forced his way into the Indian team after consistently performing in the domestic circuit.

“I am very very pleased for Suryakumar Yadav. Yes, Ishan Kishan and Tewatia also deserve their place. They have done really well in domestic cricket as well in the IPL. But the way Suryakumar Yadav has performed over the last 4-5 years has been nothing less than sensational,” said Laxman. 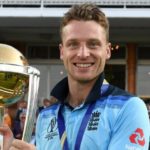 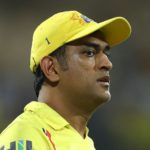