In a conversation on his YouTube channel “Catch and bat with Kamran Akmal”, the 39-year-old said, “Perhaps the team has no use for me anymore.”
“Please release me because I don’t deserve to play in this category. The lower categories are better suited for youngsters. I don’t want Peshawar Zalmi’s sympathy just because I have played for them in the past six seasons.”

Akmal, who has been a top performer for Zalmi for several seasons, said he was taken aback when his category was changed from Platinum to Gold category in the last season. Akmal revealed that he agreed to play in the gold category but in the draft, they further demoted him to the Silver category which is not acceptable.

“I was surprised with my category demotion from Platinum to Gold despite my good track record. I had motivated myself to play even when I was demoted to the Gold category. But suddenly being drafted into a lower category, after having done well for so many years, is very difficult. While they agreed to pay me the salary as per the Gold category, it’s not about the money,” Akmal further said.

“Last 6 seasons it was a great journey. Thank you for supporting me through thick and thin M.Akram bhai @JAfridi10 @darensammy88 @WahabViki..I think I don’t deserve to play in this category…Thank you once again..@PeshawarZalmi Best of luck. Thank You all the fans for supporting,” he tweeted. 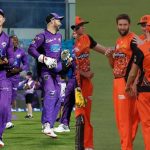