November 28 didn’t prove to be a great day for Ben Stokes. The all-rounder is currently in Australia gearing up for the first Ashes Test in Brisbane. The much-awaited Test series is set to commence on December 8 and Stokes will play a crucial role for England. He is also making a comeback to international cricket after taking a break due to mental health issues.

However, on Sunday, Stokes nearly choked on tablet in his hotel room and he narrated his nightmare of an experience in a column for Daily Mirror. “Until it actually came out, I thought this might be the end. I was on my own in my room and I couldn’t breathe as it became lodged and started to dissolve. It felt like my mouth was on fire.

“Without going into too much detail I have never seen as much saliva as I did on Sunday morning, it was a genuinely frightening experience,” the all-rounder wrote in his column.

The 30-year-old’s bad day didn’t end there and was later hit on his forearm while training. Ben Stokes felt that it might have broken as well and was in excruciating pain. It almost took a day for him to recover from the blow, however, no major injury was detected.

“I couldn’t lift it… I thought it was broken. Thankfully the pain and reaction settled down once I was back in the dressing room and the physios could be sure it wasn’t actually a break. It was only after I got back to my hotel room that I took stock of what a day I’d had. The adrenaline had worn off and I was exhausted. Happy that I’m here to tell the tale, but hoping that my pre-Test dramas are now over,” Stokes further wrote. 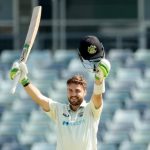 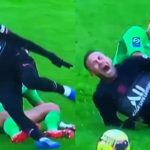