Sri Lanka cricket has seen a steady decline over the last few years. The Islanders are currently in England and were thrashed 3-0 in the T20I series. Given that the T20 World Cup is just a few months away, Sri Lanka’s form is a bit concerning for their fans.

Meanwhile, Sri Lanka veteran Lasith Malinga has expressed his interest in playing T20 cricket for Sri Lanka. Malinga has not been in Sri Lanka’s scheme of things due to his poor fitness. As per the current policy, Sri Lanka players need to clear a 2KM run to become eligible for the national selection. Malinga, however, has failed to do so. The legendary pacer believes that despite his poor fitness, there is still some cricket left in him and he is good enough to bowl 24 deliveries for Sri Lanka.

“I can bowl 24 straight balls, I can even bowl 200 balls, but because of the 2km fitness test, I’m staying home because I know I can’t complete it,” he added. Malinga also went onto take a dig at SLC’s selection policy by recalling his double hat-trick against New Zealand in August 2019.

“I took 4 wickets in 4 balls against New Zealand at Kandy, I was 35 years old at that time. Nobody complained about my tummy or fitness on that occasion,” Malinga asserted.

Malinga earlier announced his retirement from franchise cricket but is still available to play T20 cricket for his national team. However, with fitness being a key aspect for selection in the national team, he might not get a place in the squad. 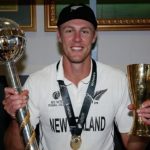 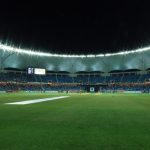