There were days when Indians were trolled for having a bleak pace attack. This was one of the main reasons for India’s mediocre performance overseas. However, in the last few years, India have produced some quality bowlers. Consequently, their record away from home has improved a lot.

The likes of Bhuvneshwar Kumar, Umesh Yadav are not even making the initial playing XI that shows the depth in the Indian bowling. Also, youngsters like Avesh Khan, Prasidh Krishna, Mohammed Siraj, Kamlesh Nagarkoti have shown enough promise.

Ahead of the mammoth five-match Test series against England, Mohammed Shami has revealed that he wants to groom the young Indian pacers before he quits the game.

“It comes automatically as after being in international cricket for so many years, I would like to share any input that the youngsters may want. I am not going to play forever, so it will be great if I can pass on something to the youngsters,” Shami said in an interview with the Gulf News.

Talking about India’s chances in England, Shami said that they have played extraordinary cricket of late and are very confident of having a successful English summer.

“We have played some extraordinary cricket in recent times as a unit and naturally, the confidence level is high on the eve of our departure for England. If we can reproduce some of the form which we did over last six months, I am confident it will be a great summer for us,” an optimistic Mohammed Shami said.

Shami, who missed most part of the Border-Gavaskar Trophy due to injury, returned to competitive cricket in the IPL and looked pretty sharp. He is only 20 wickets short of becoming the fifth Indian pacer to claim 200 wickets in Tests. 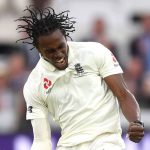 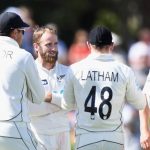