Mohammed Siraj was not picked in the Indian side for the first ODI against England. Even though the likes of Krunal Pandya and Prasidh Krishna will wear the Indian jersey for the first time in ODI cricket today, Siraj’s wait continues.

“Prasidh Krishna is just another bowling talent that India is exploring. They have already got their five guys. I’m not a big fan of Mohammed Siraj in white-ball cricket. If he has found his confidence in Test match cricket, India might just look at Mohammed Siraj more and more of that. Saini, too with more white-ball cricket. But with Shardul and other guys around, they have got plenty of white ball seam bowling options. I’m very happy for Prasidh Krishna,” said Manjrekar in a chat with Cricinfo.

The cricketer-turned commentator added that he is extremely excited at the kind of talent that the Indian side has at its disposal. He also opined that even the players who were not in the Indian playing XI are exciting prospects.

“I’m looking at Indian cricket, and I’m excited with the kind of talent pool available. We have seen some exciting T20 batting talent; in fact, guys who were not playing in the T20 XI for India, those guys were also exciting options that you would be keen to go to. And same with seam bowling. Bhuvneshwar Kumar’s comeback in the T20 series was significant,” concluded Manjrekar. 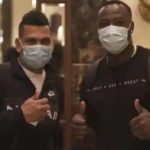 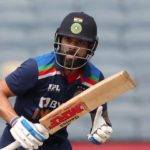