Gone are the days when players were selected based on their cricketing skills. Today, no matter how good a batsman or bowler you are, you can’t make it to the playing XI if you don’t meet the fitness standard set by the team. It was a golden opportunity for Varun Chakravarthy and Rahul Tewatia to make their India debut after being named in India’s squad for the 5 T20Is against England. However, they failed their fitness Test twice which might have permanently shut the door for a place in the Indian team for them. Former Australian spinner, Brad Hogg is not impressed with the duo and said that they don’t have the dedication to play international cricket.

“These two particular players (Varun Chakravarthy & Rahul Tewatia), because they haven’t shown up with the fitness standards of India, it shows that they don’t have the dedication of what it takes to play international cricket.

He further added that it might have been their last chance to play for India. He urged the youngsters to work on their fitness and meet the standards that are required to compete in this competitive environment.

The England series was also a great opportunity for them to make a case for a place in the Indian squad for the World T20. However, it’s all gone now. 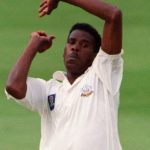 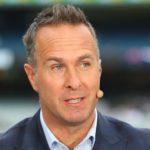