Australia and Afghanistan were set to lock horns in a historic Test later this November. However, the recent developments in Afghanistan, where Taliban has taken over the reigns, has put the fate of Test in jeopardy. Taliban had earlier banned cricket when it was in power as it stopped men from religious prayers.

Cricket Australia (CA) has decided not to approach the sporting figureheads in the war-torn country about the status of the Test.

Meanwhile, Afghanistan players, Mohammad Nabi and Rashid Khan will be available for the second leg of IPL to be held in UAE. The spin bowling all-rounders are part of the Sunrisers Hyderabad franchise. The players are currently playing ‘The Hundred’ tournament in England and will be joining the SRH squad in UAE next month.

“We have not spoken on what is happening at present but they are available for the tournament,” said SRH CEO K. Shanmugam.

Afghanistan’s participation in the ICC T20 World Cup has also been confirmed by their media manager. Afghanistan open their account in the showpiece event on October 25 at the Sharjah Cricket Stadium against top qualifying team from Group B. 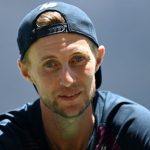 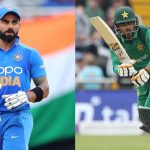