New Zealand Cricket (NZC) have decided to add Heinrich Malan to the support staff for the team’s upcoming tour of England where they will play two Test matches. Malan will be working with the head coach Gary Stead, batting coach Luke Ronchi and bowling coach Shane Jurgensen during the tour.

The Test series between New Zealand and England will commence on June 2 after which they will be facing India in the final of the World Test Championship starting from June 18. However, Malan won’t be part of the support staff for the crucial game.

Malan himself is the head coach of the Auckland Aces and is looking forward to the opportunity of working with the likes of Kane Williamson and others. “It’s such an awesome opportunity. I’ve loved my previous experiences working in the Blackcaps environment and it’s truly a privilege to be part of such a high performing team.

“It’s another step in my personal development as a coach and I hope I can learn as much as possible to take back to my domestic role next season,” he said according to Cricbuzz.

Meanwhile, Gary Stead cleared that Heinrich Malan will be working with the team to improve its fielding. Moreover, the extended squad of 20 players has been announced for the tour and for the same reason, board felt that a fourth coach needs to travel with the team.

“With an extended squad of 20 for this tour we felt a fourth coach would be very beneficial to our preparations. Heinrich is a quality coach who knows our environment well – so was an ideal choice to join us for this tour. It’s also another positive for our development pathways which continue to produce not just international-ready players, but also coaches. 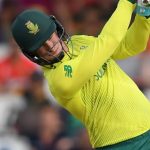