India are set to take on England for a five-match Test series starting on August 04. It is a start of a new two-year cycle in the World Test Championship (WTC). India have not tasted success in this part of the world since the 2007 Test series victory under the leadership of Rahul Dravid. With India having a sound batting and bowling attack, many experts feel this is the best chance for India to win a Test series in England.

Former Australia spinner Brad Hogg too feels the same due to their strong preparation. The team has been in the United Kingdom for over a month and Hogg feels they must have got used to the conditions.

“The last time India went to England in 2018, they got walloped 4-1. But this is a new series. They have been over there for two months. They have played in the World Test Championship final. They have played a lot of warm-up games. So, there are no excuses. They should be adjusted to these foreign conditions,” Hogg said on his YouTube channel.

Hogg further said that Mohammed Shami will be the trump card for Virat Kohli in the series. Shami has been in staggering form in Test cricket and was the standout Indian bowler in the World Test Championship final as well.

“If you look at Shami, he bowled brilliantly the last time. He was just beating the outside edge and had a couple of dropped chances. But I think Shami is going to be the bee’s knees in this series. He is the one who is going to win it for India. I think he is going to have a lot more luck if he bowls like he did in the World Test championship final,” Hogg added. 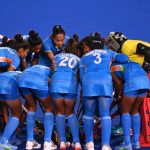