Virat Kohli, AB de Villiers, Glenn Maxwell, Devdutt Padikkal – RCB arguably has the best batting lineup in the IPL 2021. De Villiers has been associated with RCB since 2011 while Maxwell was roped in by the franchise earlier this year. The duo was in phenomenal form in the first leg and helped RCB win five of their seven games.

To add to the already formidable batting line-up, Singapore batsman Tim David will also be seen donning the RCB jersey in the remaining matches. David is a lesser-known figure at the international arena but comes with a reputation of being one of the cleanest strikers of a cricket ball, having played in several T20 leagues across the globe.

New coach Mike Hesson is excited to have Tim David on board and feels he can be an apt replacement for Glenn Maxwell and AB de Villiers in the middle order.

“With Finn Allen leaving, we have decided to strengthen our middle-order possibilities, in terms of options, so Tim David has joined our squad. He is currently part of the Southern Brave [at the Hundred], he has been performing for Surrey and also Hobart Hurricanes in recent times – a power player. He could become a direct swap for either [Glenn] Maxwell or AB de Villiers if required, also gives us other options throughout the order,” Hesson, who will also serve as RCB’s director of operations, said.

Tim David was roped in by RCB after several players pulled out of the second leg, which is set to get underway from September 19. Along with David, RCB acquired the services of Sri Lanka spin sensation Wanindu Hasaranga and pacer Dushmantha Chameera. Among the players who pulled out of the league are – Adam Zampa, Kane Richardson, Daniel Sams, Finn Allen and Scott Kuggeleijn. 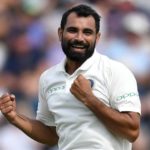 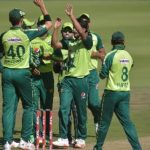