Among the 1097 players that have registered for the IPL  auction on 18th February is the veteran spinner Harbhajan Singh. The former Indian cricketer who was released by the Chennai Super Kings in the last month has set his base price at INR 2crore.

The senior off spinner pulled out of the IPL 2020 and the reason for the same has been revealed now. Harbhajan Singh in an interview to cricbuzz said that he wanted to be with his family in the situation of crisis. The Coronavirus was at the peak at that time and India was reporting as many as 90,000 cases per day.

“I am looking forward to the IPL, I am preparing hard for it. Even last year, I was keen on playing but because of the pandemic I could not. I needed to be around my family. At that stage I thought skipping IPL was the right decision,” said Harbhajan.
“There is a lot of cricket left in me, very much. Fitness wise, I am quite fit, I worked hard on my fitness during lockdown. Unfortunately, I could not do anything (participate in the IPL). I am looking forward to be on the park again and doing what I can do best,” the senior spinner added.

Harbhajan Singh is one of the most consistent performers in the Indian Premier League. He was  with the Mumbai Indian’s franchise for the first 12 seasons before moving to Chennai Super Kings in 2018.  He’s the highest wicket taker of the tournament with 150 wickets to his name 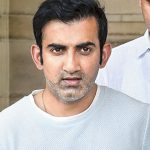 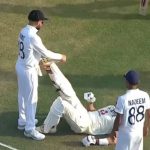