Ace India spinner Harbhajan Singh has announced retirement from all forms of cricket. The veteran is one of the colossal figures of Indian cricket and had a career that last for more than 18 years. Harbhajan took to Twitter to announce his retirement. “All good things come to an end and today as I bid adieu to the game that has given me everything in life, I would like to thank everyone who made this 23-year-long journey beautiful and memorable. My heartfelt thank you Grateful,” he tweeted.

The veteran had a stellar career. The 41-year-old is the 4th highest wicket-taker for the Indian side in Test match cricket and scalped a whopping 417 wickets in the whites. Singh also played 236 ODI matches for India and scalped 269 wickets. In T20I cricket, ‘Bhajji’ took 25 wickets in 28 matches. Harbhajan Singh has taken a total of 28 five-wicket hauls and 5 ten-wicket hauls in international cricket.

Singh has also featured in 163 ITL matches and picked up a staggering 150 wickets as well.
Apart from this, Harbhajan Singh was also a part of the Indian squad that won the 2007 20-20 World Cup as well as 2011 fifty Over World Cup.

@harbhajan_singh Ur gonna be the one of the best ever played cricket not just for india but in world of cricket..it’s a huge honour to know u and to have played with you b bhajjipa ….will always cherish the lovely hugs( lucky for me ) before my spells ) lots of love and respect pic.twitter.com/5IgYJk4HcD

More than a truly great player, Bhajju Pa was always a big brother for all the juniors. @harbhajan_singh would make us laugh all the time and was someone who always made the dressing room like our home. Best wishes in your new innings. #harbhajansingh pic.twitter.com/8aNhOYvFDW

As Harbhajan Singh bids adieu to all forms of cricket, we wish him the very best. 🇮🇳🔝

No matter what happens, you will always be remembered Champ…

Congratulations on a wonderful career Pajhi 🤗 Your contribution to cricket has been immense and it was a pleasure to play alongside you 😊 Enjoyed our great moments together on and off the field. Wishing you luck for your next innings @harbhajan_singh pic.twitter.com/CRtxghzYLv

A legend of the game and a match winner for our country 🇮🇳 Thank you @harbhajan_singh Paaji for your guidance and helping me with my game. You will be missed. Best wishes 🙏🏻 pic.twitter.com/JyudeIuKtK

One of the finest to represent 🇮🇳 who won so many games for the nation. Best wishes Bhajju Paa on your retirement. 🙏 @harbhajan_singh

Bhajju Pa with 711 international wickets has been a legend but he was always been a very humble teammate and inspiration for all the boys who came from the small towns. I am sure your new innings will be as rocking!@harbhajan_singh #harbhajansingh #Bhajj pic.twitter.com/SOlRrrRvXM

Your contribution to Indian cricket will always be cherished , @harbhajan_singh paaji wishing you all the best for your future 🙌🇮🇳 https://t.co/QryqQd3557

Congratulations on an amazing career. Always was my inspiration and now a good friend. #harbhajansingh 👏👏👏👏 https://t.co/pMsDqe84Pt 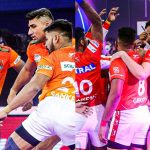 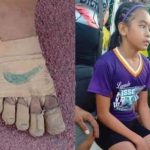