Sami Aslam, a former Pakistan cricketer, has made some shocking revelations about Pakistan cricket. In an exclusive interview with PakPassion.net, Sami criticized the working of Pakistan management and alleged that they are biased towards certain players. The southpaw, who will eligible to play for USA from November 2023, further revealed that over 100 Pakistan domestic cricketers want to leave Pakistan and settle in America. He also added that he has no regrets about leaving Pakistan.

“I have had calls from over 100 First-class players in Pakistan exploring the possibility of them settling in America. Even the best performers currently in Pakistan domestic cricket are keen to move here and 1 or 2 are close to being signed up in the coming days.”

“There’s 3-year eligibility and I will qualify to play for America in November 2023. I’ve not even 1 per cent regret. I am really happy after being depressed in Pakistan for 2 years. I was in a bad place due to coaches and events in Pakistan and the way they treated me,” he stated.

Aslam wasn’t happy how Pakistan management treated him, adding that he had a decent record in domestic T20 tournaments yet he was not considered for PSL.

“It’s all about the culture of “liking and disliking” individuals. If your face fits, you are fine, if not, they will find any way to side-line you. I’ll give you the example of T20 cricket, where I was a solid performer in T20 tournaments in Pakistan and then suddenly the PSL comes along, and I am deemed not good enough for this format. Some guys have been picked for the PSL who weren’t even being picked for club cricket, yet I wasn’t even picked as a supplementary player in 6 tournaments. That is clear evidence that PSL selection is about who is well-in with the owners and the team management, and my face didn’t fit so that’s why I never got the chance to play in the PSL,” the 25-year-old went onto add.

Aslam represented Pakistan in 13 Tests and scored 758 runs including seven half-centuries. In the four ODIs, he amassed 78 runs. He last played for Pakistan in October 2017 in a Test against Sri Lanka in Dubai. Even though Aslam hasn’t named anyone in his allegations, it will be interesting to see if someone from Pakistan management responds to his claims. 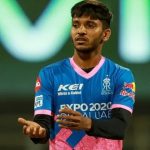 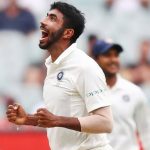