RCB surprised many when they cut a hole in their pocket to bid for Glenn Maxwell. They already had two of the best players, namely AB de Villiers and Virat Kohli but maybe they needed someone who can provide a late flourish and play the role of the finisher. And who better than Glenn Maxwell, one of the most destructive batsmen going around in world cricket.

Maxwell was all praises for the duo of Virat Kohli and AB de Villiers and said that they are two of the greatest players in the history of the game and he is keen to learn from them.

“I am always looking to learn from the best (AB de Villiers and Virat Kohli). They are the best not just in T20 cricket but also world cricket. I’d like to watch them go about their business,” Maxwell told media, reported TOI.

“I am looking forward to this season and hopefully we can go a couple of steps further than last year.”

RCB is the fourth franchise that Glenn Maxwell will be playing for. The destructive right-hander further went on add that the RCB camp has been very welcoming and he will be looking to deliver for the side.

“It has been nice to slip straight into the squad. These guys have been welcoming and I have come in unnoticed. I feel like I can bring some energy. Every team I play for, I play with enthusiasm and with energy.”

We are lucky to have him in our side. Exciting times we have ahead,” said Kohli.

“Excited to be with players like Maxi who I have been following for quite some time,” stated De Villiers. 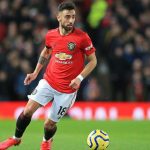 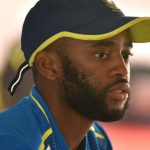