The 14th edition of the Indian Premier League (IPL) is only 19 days away. The IPL craze is slowly catching up, with the players arriving in the Indian sub-continent for the most sought after T20 league in the world.

And now, news has come in that the dynamic West Indian duo of Andre Russell and Sunil Narine have landed in India for the tournament. Russell and Narine will undergo a compulsory one-week quarantine as mandated by the protocols of the Board of Control for Cricket in India (BCCI).

The likes of Dinesh Karthik, Varun Chakravarthy, Kamlesh Nagarkoti, Rahul Tripathi, Vaibhav Arora and Sandeep Warrier are the other Kolkata Knight Riders (KKR) players who are already in Mumbai for the tournament.

Sunil Narine also offered his thoughts about the IPL upon arriving in India. Stating that he feels great to be back, Narine said that he hopes that the Kolkata Knight Riders (KKR) outfit will have a better IPL season as compared to the previous year.

“Whenever you think about the IPL, you think about India. So, it’s great to be back. Hopefully, we can have a better season than last year,” said Narine upon arriving in India.

Russell, on his part stated that the Kolkata outfit will be representing the Purple and Gold. Adding that this time the cricketers are used to the bubble, Russell said that the players are already prepared this time around.

“We are closer to you guys now; the games are in India. Whether you guys are watching from home or the stands, we will be representing Purple and Gold. Now is the time when we are going to do what we do best because we know the bubble. We’re used to this situation; our mindset is already planned for this. Korbo Lorbo Jeetbo,” concluded Russell. 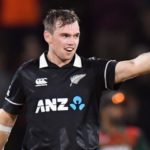 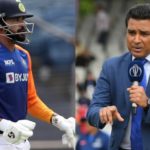